One of the new features in Windows Server 2012 is the simplified creation of NIC teams. This has been possible to do before, but it required support from the NIC supplier to do this. In its latest server incarnation, Microsoft made it really easy to do.

And as always, there are ways to do this. But the idea to have a more-less generic script that you can use on (nearly)any setup was really tempting. The script i came up with works best for me, and it might require further improvements in other scenarios.

Before you start, you might want to review and change the network adapter names in  the Network and sharing center. When you start it will look something like this:

To make my life as easy as possible, i change the network adapter names to Nic1, Nic2, and so on. After the renaming, the result will look something like this:

The next step is to run the Powershell script. For you convenience you can download the ZIP-d script file here – CreateNICteam. I recommend using Powershell ISE (Integrated Scripting Environment). A few reason for this: 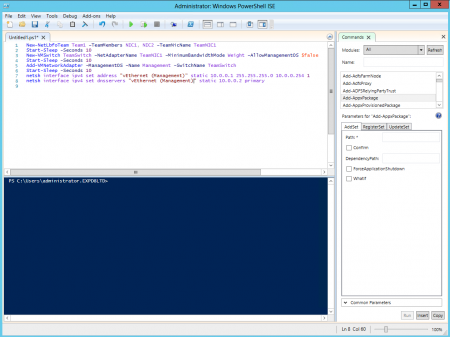 A few notes in relation to the script itself. 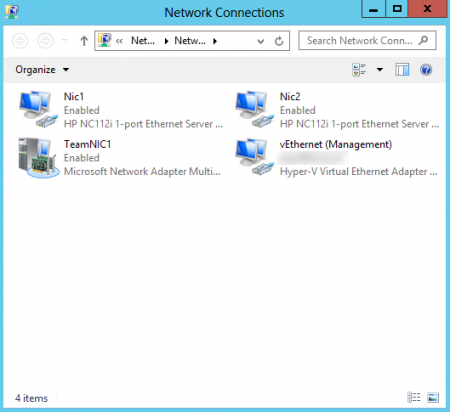 There are more things you can do with virtual network adapter configurations, you could add dedicated virtual adapters for use by iSCSI, Live Migration, etc, and have all those setup with a specified bandwidth limits, but this is beyond the scope of today’s article.