I had previously addressed some errors that Windows Small Business Server 2011 Migration Preparation tool reported. As usual, there’s always something new that i haven’t seen before.

In the previous cases the solution was more less provided by the tool itself, or it could be found easily after a short research. This time it was a much harder nut to crack. The initial message itself looked harmless, one of these messages is quite common at these migrations. 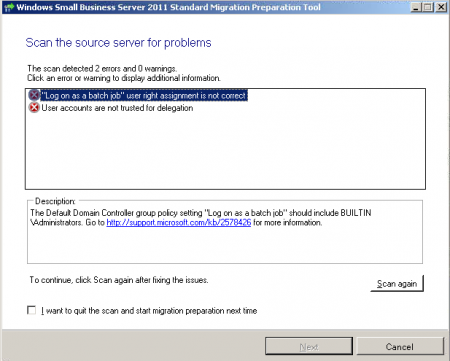 After quickly applying the suggested solutions, and re-running the migration preparation toll, it reported the very same errors again. Restart of the server made no difference at all. Followed by a check of event log, i discovered a warning about security policies. 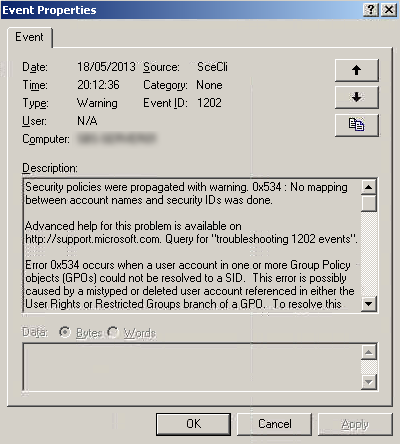 Followed the steps in the event log. It seems to have discovered that there is an issue with the PerformanceLogUser account.

Checked the properties of the account and the group policies as well, but all looked normal. The next step in the event log text was to run the RSOP tool. Once that was finished, it confirmed that the group policies were not applied correctly, as the 2 policies that were initially reported as missing were not on the report at all. 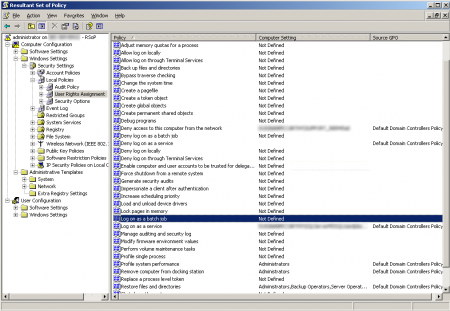 This got me to look in to the event log again, and surely came across another error about the RSOP. 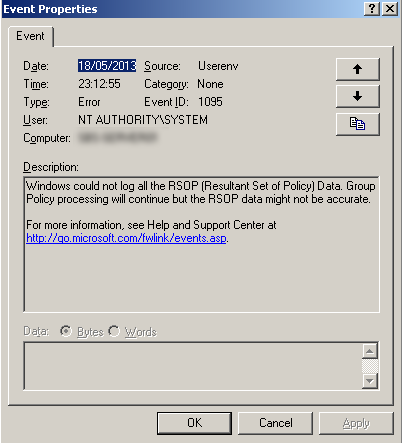 This is where the long journey started. I tried many variations on terms in the error, attempted to approach it from different directions, but no provided solution did the trick. After hours of research and a few breaks to clear my head, i finally stumbled upon a Microsoft Technet forum post looking in to a problem distantly related to what i was trying to resolve. The solution was to reset the WMI repository. 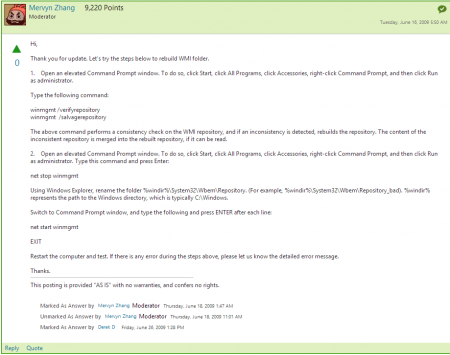 I followed the steps as provided in that post, restarted the server, ran the Migration Preparation Tool again, and the original 2 errors have disappeared. It reported now that there’s a problem with DNS, but i already blogged about the solution to that DNS problem. Once that problem was fixed as well, the Migration Preparation Tool happily finished the process as it would normally do.